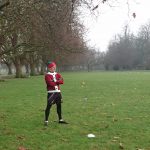 Thanks to everyone for coming to our festive game today. Merry Xmas all!! 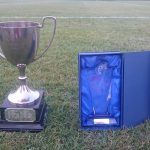 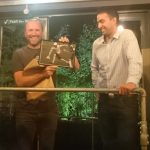 Tonight we celebrated the end of the season in style with another shindig a the Brewhouse. With over 50 people attending it was a great occasion.

First award was for Jon Lovell who achieved 50 consecutive games in the National Touch Series.
A signed photo of Steve is something that everyone would be chuffed with.

The rest of the yearly awards went like this: